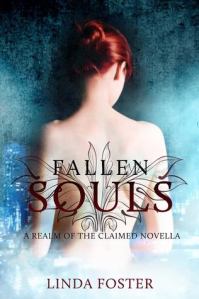 There are Two Short Stories in this Novella, Condemned and Fallen.

I read this novella, because it takes place before a book called Soul Bound, which sounded really good to me. I thought it would be a good way to get to know the author’s writing style so I could decide whether to read Soul Bound or not. (See more about that book at the end of this post.)

Condemned stars a teenage boy named Ash and his sister Grace. It’s about a deal with a demon. (and I love Supernatural so that sounded really cool) I don’t want to say more, because the synopsis details to whole short story and I think knowing everything that was going to happen really hurt my enjoyment of this book.

It was fast paced and a quick read. I liked Ash, he was a relatable main character who really cared about his sister.

The Not So Good:

Maybe I just had my hopes set to high after reading the blurb for the novel that this is a prequel to, because though the story had promise it had issues.

I hate to harp on the whole show don’t tell thing, but the start of this novella is a case where everything is told and it really isn’t as good. It feels like reading a story instead of being in one. There were also a couple of little info dumps that could’ve been handed better.

After spending so much time in a hospital the little errors there really stood out to me, but they probably wouldn’t to anyone else. I just hated to read about a hospital, one thing that wasn’t in the blurb.

There were quite a few missing/wrong word errors in this story, but it was too fast paced for me to mark them like I usually do. (Yes I always feel the need to highlight these things in my Kindle. I might be a bit OCD.)

Verdict: Quick paced, good story (if you don’t read the blurb) but nothing special.
6/10 stars

The second story Fallen is about Angels in heaven. An angel named Adrian is planning to take over heaven and kill all humans. (I’m not really an angel sort of girl, I was promised demons, I like demons, angels not so much.)

I didn’t really care about Kali, the main character. She was super righteous, but also kind of wishy-washy about Adrian. One minute she can’t believe he’d would do such a thing and the next she admits it sounds like something he might do. I just didn’t feel anything for her.

Also there were a couple of times where the story didn’t make logical sense, but I think maybe things just needed to explained. (I’m trying to give the author credit here)

Verdict: A fine story, but I couldn’t connect to the main character. (and I’m not an angel fan)
5/10 stars

Do I plan to read the main book? Maybe.

What’s your take on Short stories, like them or hate them? I like using short stories to try out new authors, but it didn’t really work this time since the shorts were both just okay.

I wanted a glimpse at a cool world and it’s characters, but what we were shown of the world didn’t blow me away and though I cared about Ash I couldn’t connect with Kali and I think she’s going to be the main character.

Soul Bound By Linda Foster (The book that sounded so good I read this novella.) 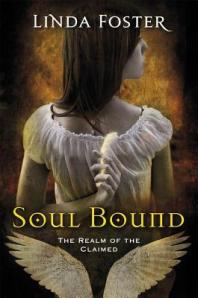 Join Ash and Kali, and a cast of dark characters, as they fight for the fallen angels of the world, the right to choose their own path, and the one thing they never thought they’d find – true love.

That’s the only part of the synopsis that doesn’t RUIN the short stories, but I doubt I would’ve wanted to read it based on just that. (Since there’s no mention of the demons and this sounds like an angels story.)

I edited out the parts that really spoil the short stories. Still if you want to read them (and of course you do after my glowing review) you might not want to read on.

A fight is brewing, and it’s bigger than anyone suspects. Kali has been forced to work for the Dark Lord for thousands of years as a demon. Now she’s found a way out, and she means to take it.

Unfortunately, she’s been saddled with Ash, a boy who sold his soul to the devil. And a boy she’s quickly falling for. Now, much to her surprise, she finds that the Dark Lord wants this boy for reasons unknown, and is trying to take him from her. He’s throwing every demon he has in her way.

As Kali fights for her life — and Ash’s — she discovers that she’s fighting for more than just herself. All the other fallen angels are at risk as well, and the apocalypse is on the line.

I mean doesn’t that sound good?