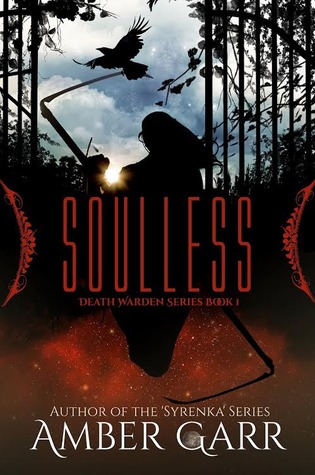 Nora is a Death Warden (think grim reaper) whose job is to help souls cross over, to comfort them and give them what they need. However, her ex-boyfriend Theron, now a Soul Hunter has been interfering with her collections. Soul Hunters convince souls to join their ranks and instead of guiding souls they feed off of them.

When called to the elders she expects she’s in trouble, except instead of getting yelled at she’s made an advisor to a soldier named Jason. She’ll guide him in his new life as a Death Warden.

My ‘the good and the bad’ were already in order in my notes, because while this book had a great start, it had a lack luster ending. (If that can be called an ending.)

Interesting beginning, (though I hate when a book starts on a downer.) I liked the world building, the wardens and the hunters. The Hunters blue veins and black eyes are so creepy! Talk about vampires, except eating souls not blood. The magic was simple, mostly magically changing clothes, and teleporting, but I liked it.

Talk about fast paced! Can a book this exciting be called light?

Most of the characters are okay, I didn’t hate them, but I didn’t love them either. Except for Charles, I enjoyed his humor and his relationship with Nora. Though it was towards the beginning and I didn’t really know Nora and Theron yet, I was surprised and impressed at how emotional their parting was!

The romance, sigh how do I describe the love. There’s sort of a love triangle, and one of them is sort of instant love, but don’t judge this book based on that. The other love isn’t instant, just complicated, forbidden love. Okay, I just lost the rest of you now. It’s good honest! (At least for the first 3/4 of the book it was.)

There’s a complicated plot, people keeping secrets, and a war brewing. Two of the characters of this book are special, but they aren’t the only ones. I feared a ‘chosen one’ for a while, but thankfully that was avoided.

I wanted Nora to kick butt and sometimes she didn’t do too badly, but she usually panics and has to be rescued, which is totally the opposite of her character.

Inconsistencies: At the beginning she said that wardens don’t sleep and she only had a bed because her and her ex-boyfriend used it for *ahem* other purposes. Then later in the book she’s wonders how someone even sleeps since his bed was covered with stuff. There’s also an inconsistency with Theron at the end where he totally changes his previous attitude. (Sorry can’t say more without spoilers.)

Nora’s so fickle when it comes to men! (Yes the romance goes in the good and the bad, it was good at first, but got to be too much.) She loves Theron still, no she loves Jason. One minute she just wants Jason as a friend then the next moment she’s snogging him all over the place. (For no particular reason I prefer snogging to making out.) And I really wish they wouldn’t talk about her being sixty. I know she’s dead so she’s not really, but it’s just weird that she’s attracted to a 20? year old.

It’s like the story was cut in half! At least before it ended (got cut off) we got one answer, but there are so many more left unanswered.

Verdict: This book started so good and had potential and while it was enjoyable, it had issues. It feels like it needed another round of editing.

Will I read the next one? Yes, since I want to find out what happens in the other half of the story! Would I recommend it? Yes, I think so. As long as you know it’s really only half a book.

How do you feel about cliffhanger endings? I don’t mind if there’s an overreaching plot and then each book has their own plot that is tied up, but I hate when none of the questions are answered and nothing is resolved in the end. That’s not a book, that’s part of a book. (Okay, I’m done now.) 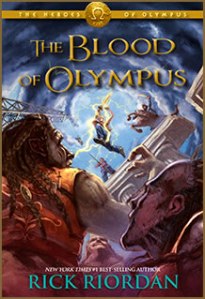 Side Note: I’m totally stalking the mailman in case my book comes early! The last book of the Percy Jackson series is released tomorrow! (In case you hadn’t heard) So, if I disappear for a couple of days, don’t send a search party, just cookies. 😉

Thing which has to happen: Leo going back to Ogygia! Thing which can’t happen: Anyone dying! Not the 7, not Nico, not Reyna, okay Octavian wouldn’t be a tragedy.

Any book you’re excited about? (Blood of Olympus, right?)