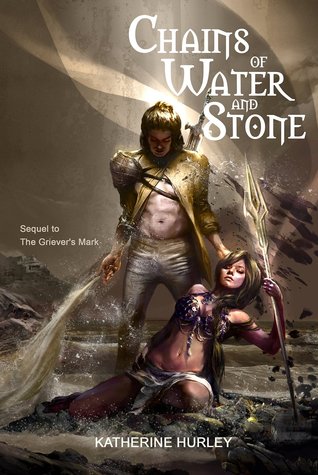 Predictability: 3 out of 5 (Where 1 is totally unpredictable and 5 is I knew what was going to happen way ahead of time.)

For as long as Logan can remember it has been whispered that his father wasn’t the Arcon. He never wanted to know the truth, but after discovering he can do things no pure Earthmaker could do, he decides he needs to know.

Logan and Astarti race to discover the truth, while running from the evil Belos.

This is a sequel, but any spoilers for the first book are clearly marked. See my review of Griever’s Mark.

Note: the characters never dress like they do on the cover. It’s not that kind of book honest.

It took me a moment to remember the events of the past book, but it came back. (Definitely not a stand alone sequel.) Astarti annoyed me at first. I understand she’s angry, but she’s so bitter and mean! Either she improved or I got used to her though, because she only bothered me at the beginning.

In many ways this felt like a second book. It was necessary and things happen, but it felt like all the good stuff was being saved for the ending. (Know what I mean?)

The mystery of Logan’s origins was well done and I never would’ve guessed it. I enjoyed how it was woven into the world.

The world building was one of the many things I loved about the first book. It continued to be well done and oh so cool! (Whispers “mermaid”) Some things which weren’t explained now make perfect sense! I love the intricacy of the world!

I didn’t like Logan’s POV in this one. (Spoilers this paragraph!) He’s been captured and tortured, though we only witness the psychological not the physical torture, it’s still pretty bad. Then he understandably has PTSD, which is handled well, (which is rare, and I appreciate) but I just don’t like PTSD in books.

We do meet a couple of good new characters. Mostly Horik, the king’s champion. He’s big and tough and such a sweetie!

There’s still a little romance, but it isn’t nearly as fun as book one. (I keep saying that, don’t I?) It was dark and serious instead of fun and teasing. There are a couple lighter moments, but then they’re sucked back down.

That was my main problem with Chains of Water and Stone, it was so dark! But, I’m still glad I read it and I plan to read the finale! Where is it?! (Looks around)

How is your summer going?

I’ve been working hard and binge reading silly super hero books. I finally broke down and tried out Kindle Unlimited. (So far I’m up to $14 of read free books!) 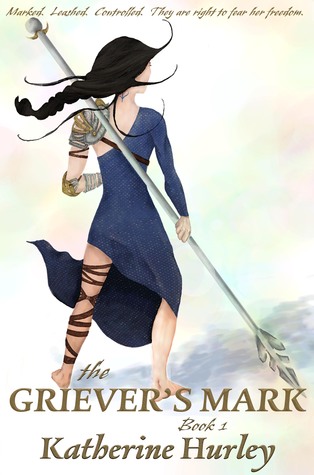 Astarti was abandoned by her mother, and left with the Griever’s Mark, which is placed on those about to die or unwanted children. She was taken in by Belos, who is known by many names, the deal maker, the deceiver, the liar. He makes deals with people offering them power in exchange for them accepting his Leach, which in turn feeds his magic. When Astarti was young he Leached her and now she has no choice but to do as he says. Through the Leach he can always find her and even take over her mind and control her.

Belos and his seven are Earthmakers, another people with great powers, but after being banished by his people he’s learned the magic of humans as well, Drifting. Drifters and Earthmakers hate one another and they all fear Belos.

Astarti is sent to convince someone to make a deal with Belos when she meets a young warden Earthmaker. She knows she should kill him, but she can’t bring herself to. She hates belonging to Belos, but thinks escape is impossible. Is this young warden her enemy or could he help her somehow?

I LOVED this book! I seriously think it could (should) be the next hugely popular young adult fantasy! Sorry I’m a little late with this review it took me a bit to get my thoughts in order. (Coherency is good in a review)

The magic was awesome! And so unique! There are two kinds of magical people; Earthmakers and Drifters. Earthmakers have control over the elements and can travel over a distance within the life force of trees. Drifters can form weapons and energy, traveling through the drift, a web created by living creatures.

The world building was excellent and expertly done. It starts with a medieval kingdom, but the entire world is fleshed out with different peoples and cultures. I particularly liked the floating islands of the Earthmakers.

From the first page I could tell how well written this book was and I thought Astarti had a great voice. She’s been abused, but she was still tough and proud. She’s never had anyone be truly nice to her before, but that doesn’t stop her from being a good person.

One thing Belos has taught me is that you collect information where you can and you don’t let anyone know that you know it.

Logan was also an awesome character. He had enough personality and spunk to go along with his mysterious tortured past. He’s rash and emotional and unlike most Earthmakers, but that’s what I liked about him. All of the minor characters were well done too too especially Belos and the Drifter King. (He has a long name starting with H and I can’t remember it.)

Griever’s mark has nice action scenes, from swords and spears to the magical battles. (and even a siege) I could picture the fighting perfectly and I didn’t have the desire to skim over anything.

The pacing was intense towards the end, though it’s all pretty fast paced, but I even forgot to eat I was so engrossed in the story. (and that’s saying something. Molly eats like a hobbit.)

The romance was well done, and I’m totally rooting for these two. I like them both and I really felt it. Their relationship went at just the right speed to be believable! This book made me have feelings! I swear I almost teared up!

It ends to be continued! Why?! I need more NOW! The next book comes out in the spring of 2015. (Which I know isn’t too long in the book world, but I can’t wait!)

Have you found any good indie authors? (Indie = not published by a company, but just the individual)